I've been considering picking up a new laptop for a while now. My old laptop, an ageing Dell Inspiron 8500, had treated me well for a few years, but I really wanted to change to a more portable machine. The Dell weighed in at around 8 lbs., had a battery that lasted about half an hour at its best and ran almost too hot to touch at times.

Ultimately, I just wanted a machine that was light, had a long-lasting battery and had a full-size keyboard. The 10-inch netbooks looked like a good buy, but it was difficult to find one that was worth buying. I had been considering the Lenovo S10, and came close to picking one up about a month ago when I found one for just under $300. What stopped me was reading about overheating problems with the machine. I've wanted the MSI Wind since it was announced, but it was always over the $400 mark, which I don't think is a reasonable price for that class of machine. All of the other offerings were either overpriced, lacked some key features or had batteries that just weren't going to cut it. In most cases, all of these were true.

I had also been interested in many of the 13-inch laptops but was often thrown off by their price. They were usually well over the $1,000 mark (sometimes even breaking the $2,000 mark) and I just wasn't willing to drop that kind of cash. One fateful day last week, Monday to be exact, Aaron tipped me off to the reduced price of the Samsung X360 on Amazon's Gold Box. It was marked down to $1049 and included a $300 rebate. $749 was a little more than I wanted to spend, but for a laptop of this caliber, it seemed worth considering. Turns out, I wasn't alone in that thought. In the end, I jumped on it, as did Aaron and Jason.

The machine arrived this past Friday, but sadly, I didn't have time to play with it until Sunday. I did have time to open it up and take some pictures though, and man was I happy I went for this deal! The machine looks great and it's so small and light that you really have to handle it to believe it. 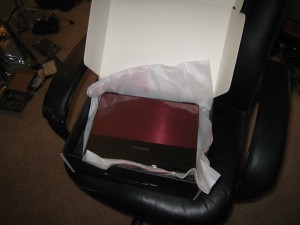 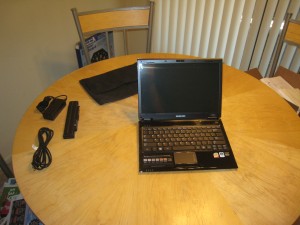 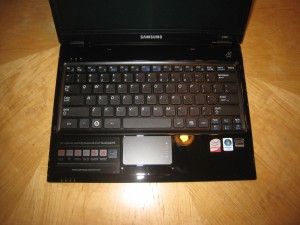 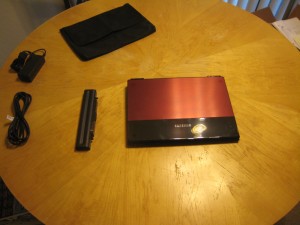 The first thing I did was boot up the Xubuntu Live CD image from a USB drive and wipe out the copy of vista that came with the machine. I swore to never touch vista when it was first released, and I wasn't about to go back on my word. So I blew away the partition the machine came with and set it up to install both XP (in the event I ever NEED windows) and Xubuntu. 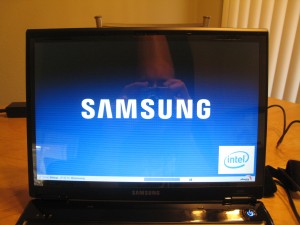 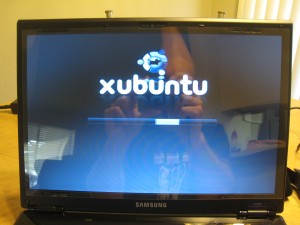 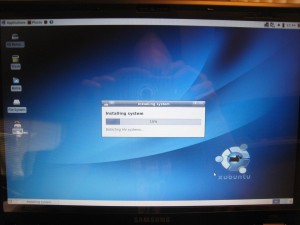 The only downside was that many of the things that needed to be tweaked to run on the machine I didn't know how to do in Xubuntu, so I tried Kubuntu since I read everything worked out of the box on it. In the end, even that turned out to be too much hassle for the moment, so I opted for Ubuntu as I wanted to be using the machine that Monday. I had also planned to install the 64-bit version of XP, but the thing didn't want to run properly once installed so I ended opting for the 32-bit version. After all, I wasn't really going to be using it that often (if at all) and I was running the 64-bit version of Linux, so I was OK with the decision. 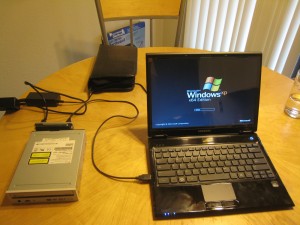 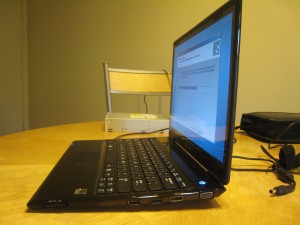 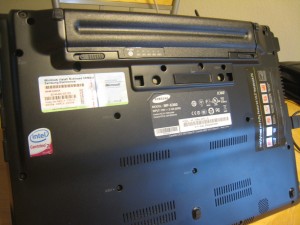 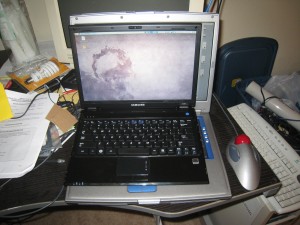 As you can see, I also pulled all the stickers off the front of the machine (relocating all but the vista sticker to the bottom) for a sleeker look. You can also see a size comparison of the new machine with my old 15-incher. Considerably more portable, to say the least.

So far, I've used Skype to make video calls, I'm running all kinds of flashy Compiz goodies and even with constant use I get just over 4 hours of battery life. It's not the perfect machine, but it's really, really close, and for the price, I've got no regrets. I'll leave the post at that for now until I have some more time to tweak the machine, but so far it's running beautifully!